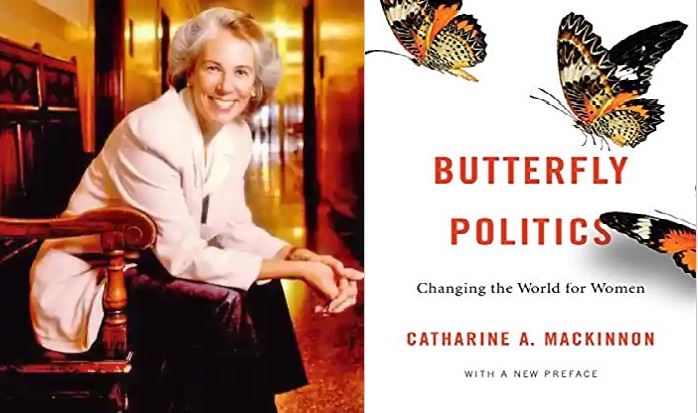 The U-M Club of Washington, DC invites you to join them for a conversation with Professor Catharine A. MacKinnon – recipient of the Association of American Law Schools’ Ruth Bader Ginsburg Lifetime Achievement Award and one of our greatest legal scholars – on the meaning of “sex” as a matter of U.S. law, focusing on sexual orientation, transgender issues, and sexual harassment.

As pointed out recently in the New York Times, “in 1986, the Supreme Court recognized sexual harassment as a form of sex discrimination. Sexual harassment had not entered the lexicon until 1979, when a law professor, Catharine MacKinnon, published a pathbreaking book, ‘Sexual Harassment of Working Women.’ ” This summer’s Supreme Court decision holding that discrimination against the LGBTQ+ community on the basis of sex is illegal stems directly from the work that Professor MacKinnon, the Elizabeth A. Long Professor of Law at the University of Michigan Law School, has done her entire life – while teaching, practicing law, or through lifelong activism.

Professor MacKinnon’s recent book is “Butterfly Politics”, a collection of the breakthrough moments in which her iconic ideas first saw the light of day, demonstrating to one review that “MacKinnon is a 21st-century thinker, encouraging multidimensional political thinking, precise engagement, principled creativity, imagination, instinct and adaptability.”